Nathaniel Niemi is an actor, director, and theatre educator. Originally from northern Michigan, Nathaniel grew up singing and dancing in all of the community theatre he could get his hands on. He then moved to Texas where he received his BA in Theatre from East Texas Baptist University. After Texas, Nathaniel moved to Chicago where he worked as an actor for 7 years. Hawaii was the next destination for a master’s degree in Theatre for Young Audiences with an emphasis in Directing. While in grad school, Nathaniel taught classes and workshops in Acting, Comedy and Physical Theatre, Devising, and Puppetry. Nathaniel is a former Artistic Associate of Honolulu Theatre for Youth where he created and directed new work and taught in schools and summer camps. Nathaniel is currently the Resident Director for the Studio Theatre Tierra Del Sol and the Education Director for the Sharon L. Morse Performing Arts Center where he directs shows, teaches classes and workshops, and oversees the summer youth drama programs. He is a recipient of the Stage Directors and Choreographers National Directing Award through the Kennedy Center American College Theatre Festival and is an associate member of the Stage Directors and Choreographers Society. 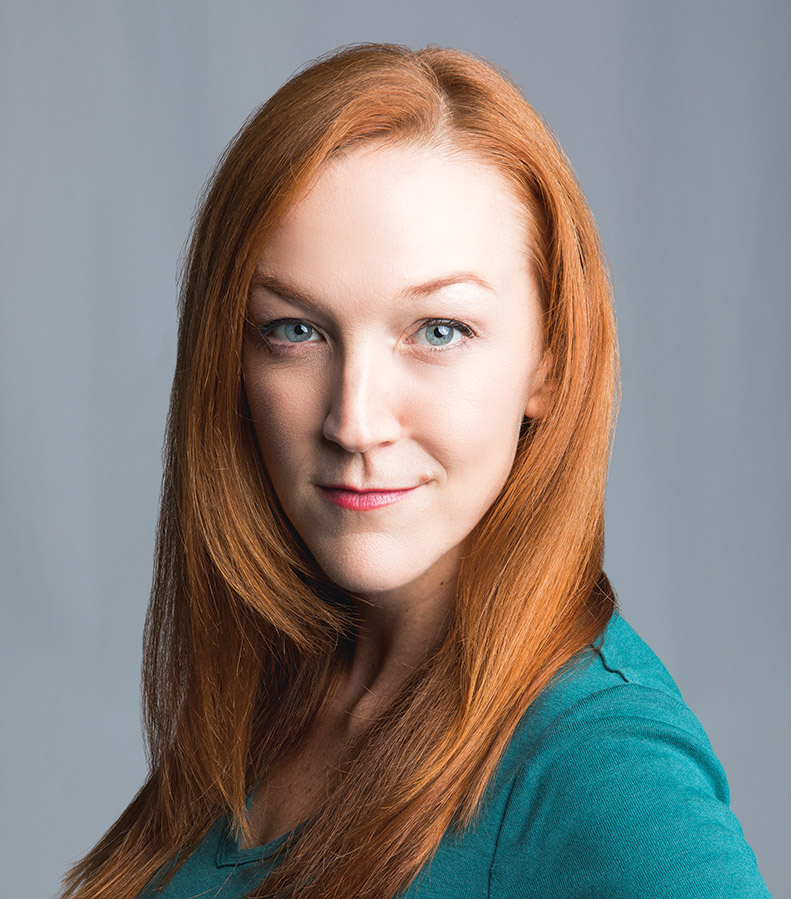 Whitney is an actor and singer who grew up right here in The Villages and went to college just down the turnpike at Rollins. After college Whitney spent 4 years working as an actor in both Aspen, Colorado and Chicago, Illinois. She then completed her studies in 2011 earning an MFA Acting from Columbia University School of The Arts in New York City where she studied with some of the world’s leading teaching artists including Kristin Linklater, Andrei Serban, Olympia Dukakis, Larry Singer and Anne Bogart. While at Columbia Whitney had the opportunity to study the art of teaching acting at Columbia’s sister school Barnard College under Rebecca Guy who is an acting professor at Julliard. In the years following her graduation Whitney has worked as an actor in New York City, Chicago, and now she has added Orlando to her extensive resume. Whitney has been working as a private monologue, dialect and scene study coach since her graduation from Columbia in 2011. As an actor Whitney is a Broadway World Award Nominee for Best Actress and has received rave reviews being called “one of Chicago’s finest young actresses” by Colin Douglass of Chicago Theatre Review. Whitney is also an accomplished cabaret performer and has performed her one woman show Aphrodite Don’t Forget Me: Confessions of a Serial Monogamist in New York City and right here in The Villages. Whitney is a founding company member of Prologue Theatre Company in Chicago where she has served as Literary Manager and currently holds the title of Casting Director. She has spent the last eight years with Prologue producing works from under represented voices throughout history in Chicago to much acclaim. While continuing to work as a theatre maker and actor around the country, Whitney is also The Artistic Director here at The Sharon L. Morse Performing Arts Center.

To learn even more about Whitney and to stay up to date with her performance calendar visit Whitney Morse Website.

Kenneth Constant is a Houston, Texas native. He studied scenic design at The North Carolina School of The Arts. Prior to graduation he worked for a number of different theaters including The Hangar Theatre in upstate New York, The Baystreet Theatre in the Hamptons, and even Oklahoma State University where he designed, painted, and built a production of "Little Shop of Horrors." After his education, he worked as the resident designer and technical director for The California Theatre Center in Sunnyvale, CA. He was also the production manager for their beginning, intermediate, and advanced conservatories. While in California he designed, built, and painted over eighty sets earning him numerous awards including Best Scenic Design for A Summer Repertory and Best Show for A Children's Musical as awarded by the Southbay Theatre Awards. Other awards include SETC, and USITT Top Design for his production of "The Seagull" in 2007. After returning to Houston in 2010, he moved from being an assistant teaching artist at The Alley Theatre to being their Technical Director of Education, a position that had not existed prior. In addition to this, he worked as a carpenter and scenic artist in their scene shop. While in Houston he also worked as a technical director, paint charge, and scenic designer for dozens of productions earning him awards for his designs of "High Hat Hattie", "Bye, Bye Birdie" and others. In 2012 he was hired as an Adjunct Professor of Scenic Art for The University of Houston. The following year he accepted a position as Technical Director and Educator for The John Cooper School in The Woodlands, Texas. Kenneth worked as the technical director for The Aspen Theatre and Opera Center during the Summers of 2013 - 2014 before becoming a member of The Villages family in October of 2014. He is now the technical director of The Sharon L. Morse Performing Arts Center.