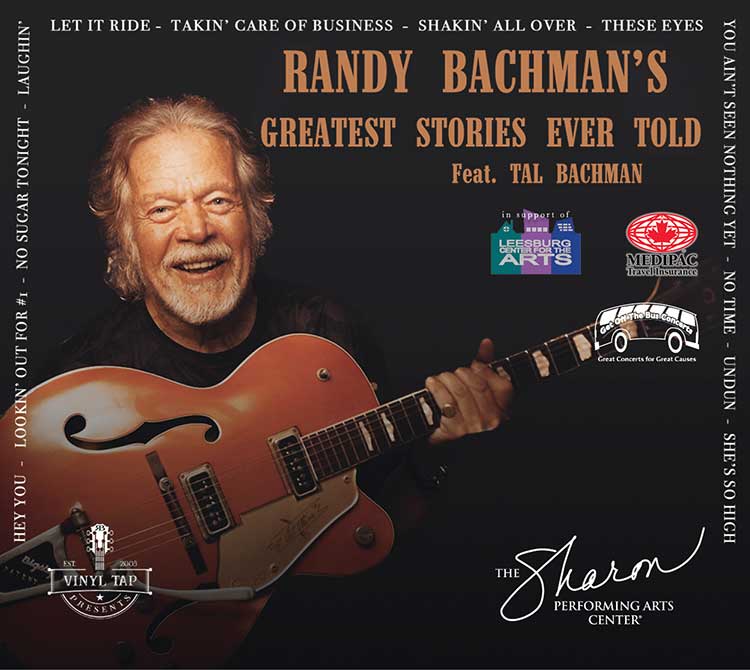 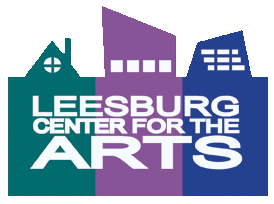 In support of Leesburg Center For The Arts https://www.leesburgarts.com/

About Get Off The Bus Concerts
https://www.getoffthebusconcerts.com/

Get Off The Bus Concerts came about through the vision of Joe and Fatima Bamford, former owners of HALJOE COACHES. After a long and varied career in the music and entertainment industry Joe thought, “Wouldn’t it be fun to do some concerts with some people who have traveled on our buses over the years?” Inspired by their daughter, Jenn, who fundraises relentlessly for several organizations in her hometown of Moncton, New Brunswick, Joe and Fatima realized the importance of giving back so decided to turn their concert idea to draw attention and support for worthwhile causes. Some of the concerts have included Willie Nelson, Kenny Rogers, Merle Haggard, Olivia Newton John, Styx, Trace Adkins and Neil Sedaka. For more information visit GetOffTheBusConcerts.com.

Randy Bachman's Greatest Stories Ever Told is a guided journey through the last 30 years of popular music presented by one of the greatest rock legends of our time.

In an intimate setting inspired by his award-winning radio program Vinyl Tap, Randy Bachman weaves together the iconic hits of the Guess Who and Bachman-Turner Overdrive. Fans enter a retrospective journey of his career through his master storytelling and voluminous musical knowledge.

His son Tal Bachman joins him with new stories of growing up with a rock star dad and Randy's epic saga of his lost and found guitar. Hear Tal's hit "She's So High" plus some hidden surprises from their upcoming father and son record, Bachman & Bachman.

A visual backdrop illustrating Randy's legendary Rock n' Roll journey will accompany each song, giving viewers a historical glimpse into one of Canada's greatest musical ambassadors.
The man who is often referred to as the "architect of Canadian Rock n' Roll" has earned over 120 gold and platinum album/singles awards around the world. His songwriting has garnered him the coveted #1 spot on radio playlists in over 20 countries and he has amassed over 40 million records sold.

Joining Randy and Tal Bachman is the sovereign trio of Brent Howard, Marc LaFrance and Mick Dalla-Vee, who have been performing together for over 20 years. (randybachman.com)

FEATURING THE HITS!
American Woman
No Time
She's So High
You Ain't Seen Nothin Yet
Prairie Town
Aeroplane
Takin Care of Business
These Eyes
Let It Ride
Laughing
Hey You
Undun
No Sugar Tonight
Lookin Out for #1