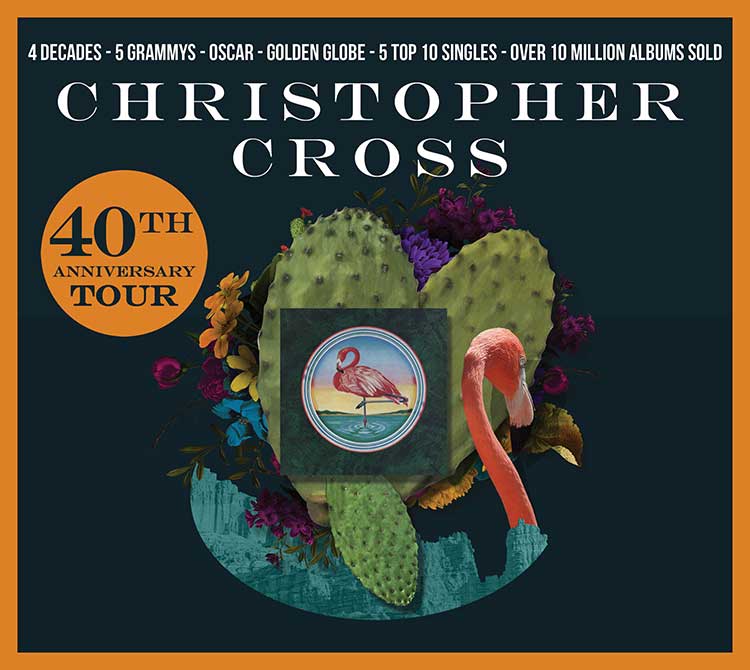 Christopher Cross is an award-winning singer-songwriter known for his incredible vocal range and energetic live performances. Cross has sold over 10 million albums in over five decades, and his music has garnered five GRAMMYS, an Oscar, a Golden Globe, and five Top 10 singles.

Cross made history with his 1980 self-titled debut album, winning five GRAMMY Awards — for the first time in Grammy history — the "Big Four" most prestigious awards: Record of the Year (for the single "Sailing"), Album of the Year, Song of the Year (also "Sailing"), and Best New Artist. His classic hits such as "Sailing," "Ride Like The Wind," "Never Be The Same," and the Oscar-winning "Arthur's Theme (Best That You Can Do)" remain staples on the radio to this day.

You won't want to miss one of the most successful adult contemporary artists of all time in the intimate evening you won't soon forget.