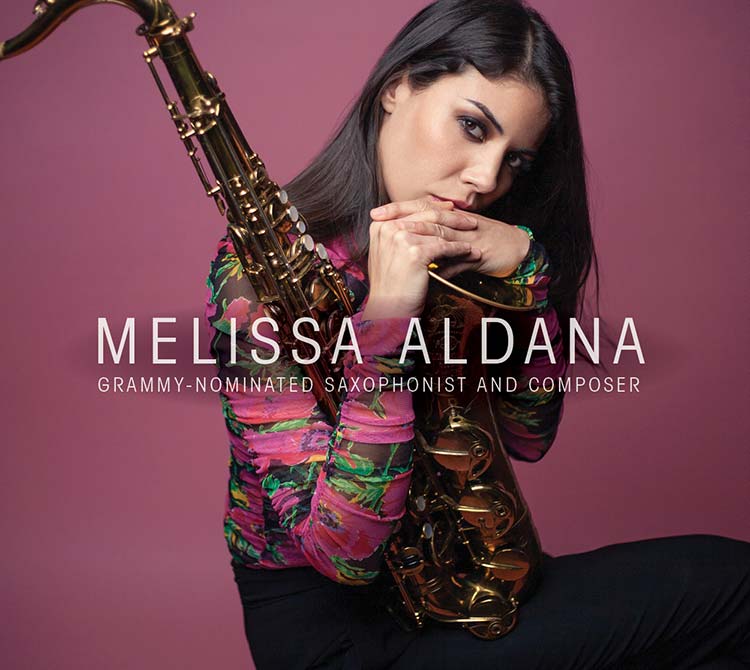 GRAMMY-nominated saxophonist and composer Melissa Aldana has garnered international recognition for her visionary work as a band leader, as well as her deeply meditative interpretation of language and vocabulary. She was recently signed with Blue Note Records and releases her debut album with the historic label titled 12 Stars in March 2022. "Melissa Aldana is one of the foremost musician/composers of her generation," says Blue Note President Don Was.

Aldana was one of the founding members of ARTEMIS, the all-star collective that released their debut album ARTEMIS on Blue Note this past Fall. The album featured Aldana's simmering composition "Frida," which was dedicated to Mexican painter Frida Kahlo, who inspired the musician through "her own process of finding self-identity through art."

Kahlo was also the subject of Aldana's celebrated 2019 album Visions (Motéma), which earned the saxophonist her first-ever GRAMMY nomination for Best Improvised Jazz Solo, an acknowledgement of her impressive tenor solo on her composition "Elsewhere." In naming Visions among the best albums of 2019 for NPR Music, critic Nate Chinen wrote that Aldana "has the elusive ability to balance technical achievement against a rich emotional palette."