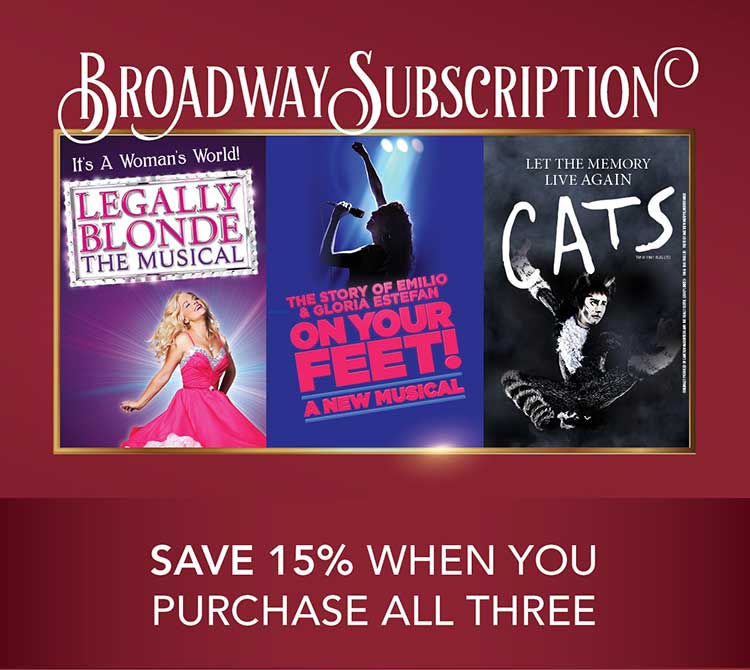 On Your Feet: March 18 & 19, 2023
HER VOICE. HIS VISION. THEIR STORY. ON YOUR FEET! is the inspiring true story about heart, heritage and two people who believed in their talent - and each other - to become an international sensation: Gloria and Emilio Estefan. Now their story is an all-new exhilarating original musical winning the hearts of critics and audiences alike, with the Chicago Tribune declaring "IT'S A HIT!" and The New York Times cheering, "The very air in the room seems to vibrate in this undeniably crowd-pleasing musical!"