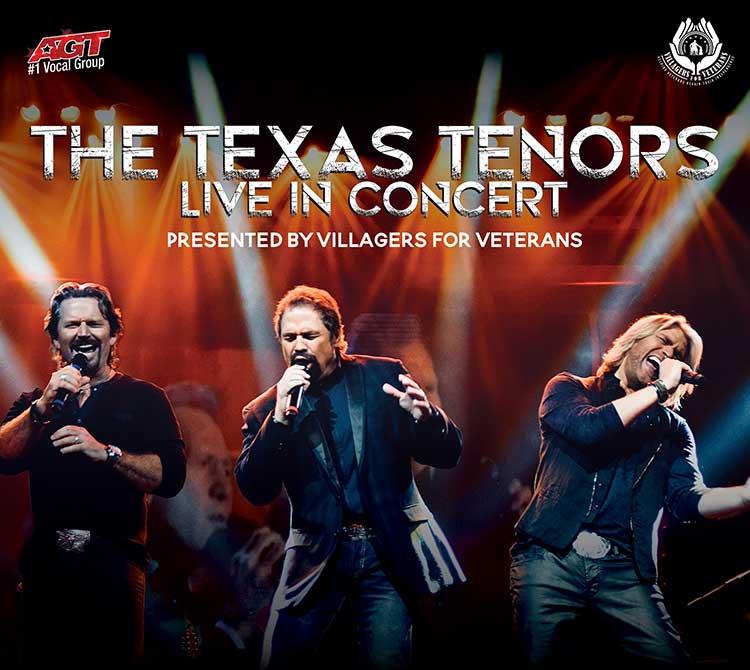 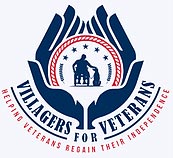 Option to add on a VIP Experience with your ticket to The Texas Tenors October 30, 2023!

Get the opportunity for autographed souvenirs and a Photo Opportunity with the Tenors before the show!

Limited Availability, $50 added on to any seat in the house!

Arrive early for an on-stage photo opportunity with the members of The Texas Tenors.

The VIP Experience includes:
- VIP The Texas Tenors Lanyard
- Drink ticket for a free beverage at The Sharon concert
- A copy of The Texas Tenor’s autographed CD
- Physical copy of the concert program- autographed by the members!
- Photo Opportunity on stage with John, JC, & Marcus

The Texas Tenors
Presented by Villagers for Veterans

The Texas Tenors are the most successful music group and third highest selling artist in the history of America's Got Talent! Since appearing on the series in 2009, JC, Marcus and John have released 5 studio albums, 2 PBS Specials, 4 DVDs, multiple singles and a children's book that have earned them impressive recognition including 3 Emmy Awards, The Gelett Burgess Award for Excellence in Children's Literature and the distinction of being Billboard Magazine's #10 Classical Artist in the World.

The tenors most recent albums "Outside the Lines", "Rise" and "A Collection of Broadway and American Classics" all debuted at #1 on the Billboard Charts.

The Texas Tenors' concerts appeal to all ages and have been wildly successful from performing arts centers, casinos and symphony halls to outdoor festivals and corporate events. These classically trained, versatile tenors have been honored to celebrate our nation at such prestigious events as The White House National Tree Lighting, The Boston Pops Fireworks Spectacular and Congressional Medal of Honor Ceremonies, but some of the most rewarding moments for JC, Marcus and John are honoring our nation’s veterans at each and every concert across the country.

Recently they were honored to be included among the top 50 acts in the world and the only vocal group from the United States invited to appear on NBC’s America’s Got Talent: The Champions.

Their current tour includes new music from "Outside the Lines" along with rousing patriotic favorites and everything from Country to Classical!