Please note: This show will be performed at
The Studio Theatre Tierra del Sol
806 San Marino Drive, The Villages, FL 32159 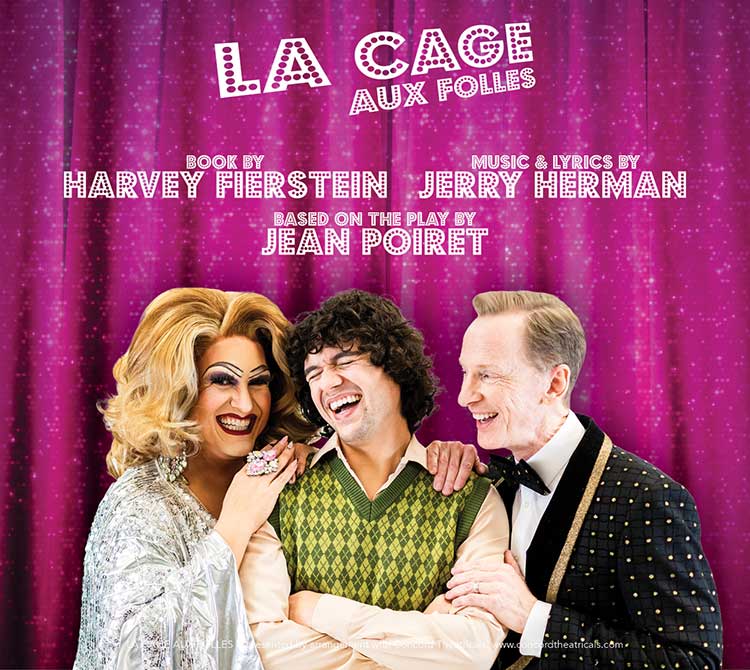 The hilarious award-winning musical that inspired the movie The Birdcage!

Welcome to La Cages Aux Folles, the Pride of Saint Tropez, the Envy of the Cabaret World, the Jewel of the Riviera. This dazzling nightclub is run by Georges and stars his partner Albin as The Queen of Drag herself, "Zaza". Hijinks ensue when Georges's son, Jean-Michel, brings home his fiancée's disapproving parents. With a hilarious supporting cast, sparkling musical numbers, and glitzy dancing, these birds of a feather flock together. This zany adventure by Jerry Herman and Harvey Fierstein won 11 Tony Awards, including Best Musical, and features the hit songs "I am What I am" and "The Best of Times". This Broadway stunner that inspired The Birdcage is uproariously funny and endlessly heartwarming.