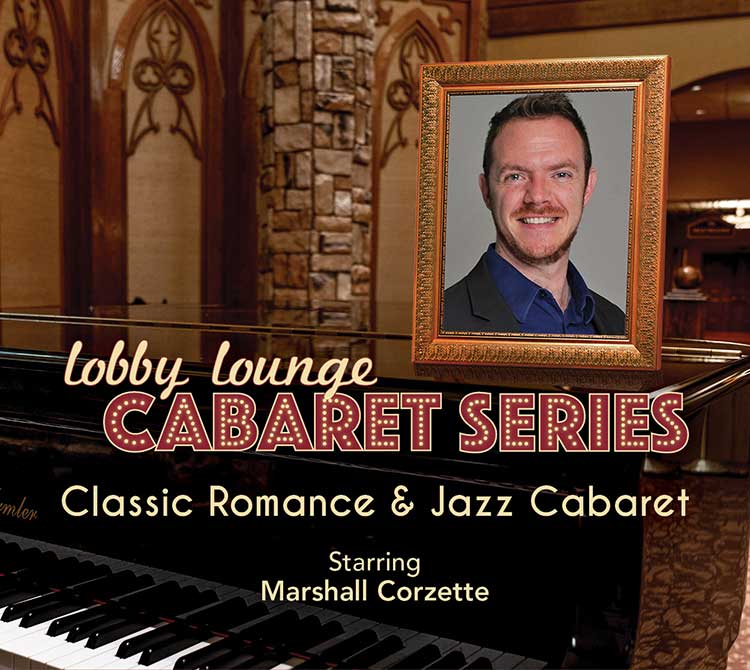 Performed in The Sharon Lobby Lounge

Classic Romance & Jazz Cabaret starring Marshall Corzette
Classics from the 1940's and 1950’s; an evening full of romance as we journey through some of jazz’s greatest memories.

Marshall Corzette has sung operas, musical theatre, church music, and everything in between. Come listen to Marshall sing a night full of 1940-1950's classics from Sinatra, Richard Rodgers, among many others. You will certainly recognize a few of these hits! This will be an unforgettable night filled with romance and swag. Accompanied by music director, Gary Powell.

Marshall Corzette started to teach himself piano at the age of 12 and began singing in his Pensacola church choir at 13, but had always been interested in performing. Since then, he has earned his Master's in Voice Performance from the University of Southern Mississippi (USM), and performed for crowds in all kinds of theaters throughout the country. Marshall has sung in churches as professional staff in Hattiesburg, MS, New Orleans, LA, Pensacola, FL, and now in Tampa, FL - at St. Andrew's Episcopal Church.