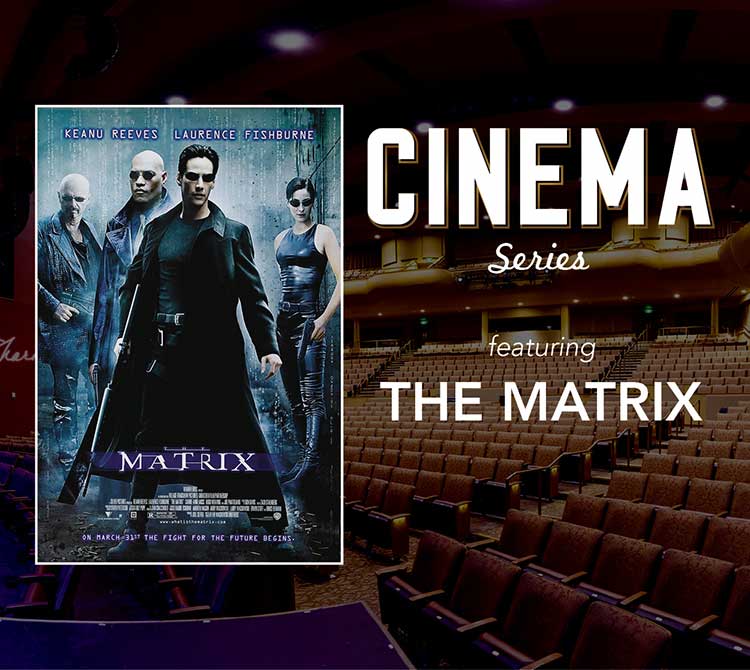 Full bar and limited concessions are available. New movies will be on sale every Thursday. Lobby & doors open 30 minutes prior to show time. General admission seating.

What is the Matrix? Have you ever had a dream that you were so sure was real? What if you couldn't awaken? How would you know the difference between dream and reality? When a beautiful stranger (Carrie Ann Moss) leads computer hacker Neo (Keanu Reeves) to a forbidding underworld, he discovers the shocking truth — the life he knows is the elaborate deception of an evil cyber-intelligence. Neo joins legendary and dangerous rebel warrior Morpheus (Lawrence Fishburne) in the battle to destroy the illusion enslaving humanity. Now, every move, every second, every thought becomes a fight to stay alive — to escape The Matrix.