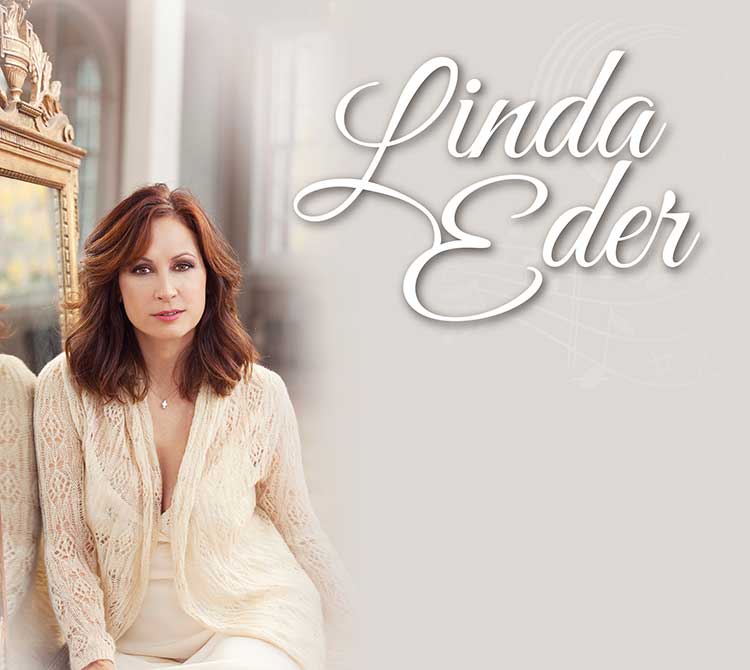 Showcasing one of the greatest voices of our time, Linda Eder's diverse repertoire spans Broadway, Standards, Pop, Country, and Jazz. When she performs "live" in concert, it is amazing to experience the ease with which she moves back and forth from one genre to another as if she were gifted with the vocal ability to perform each genre as well as all the others.

Born in Tucson, Arizona and raised in Brainerd, Minnesota, Eder began her career right out of high school singing all around her home state, and she eventually landed a gig at Harrah’s Casino in Atlantic City, New Jersey. But it was her appearance on the 1987 season of "Star Search," during which she won for an unprecedented 12 straight weeks, which attracted the attention of audiences and record companies alike.

Eder launched her recording career in 1991 with her self-titled debut album and soon established a vital niche as America's most popular and acclaimed new interpreter of Pop, Standard and Theatrical genres. She released two more solo albums before starring in the Broadway production of JEKYLL & HYDE beginning on April 28, 1997. As the tragic character "Lucy" in this new musical, Eder blew the roof off New York City's Plymouth Theatre eight times a week as she belted out her signature songs "Someone Like You" and "A New Life." Her Broadway debut, for which she was rewarded with a Drama Desk nomination, sent her already rapidly rising star blazing across the sky securing her a spot as one of America’s most beloved singers and dynamic "live" performers. Stephen Holden of The New York Times wrote, "What do we mean when we use the word perfection? The question arises every time I watch the pop singer Linda Eder…."