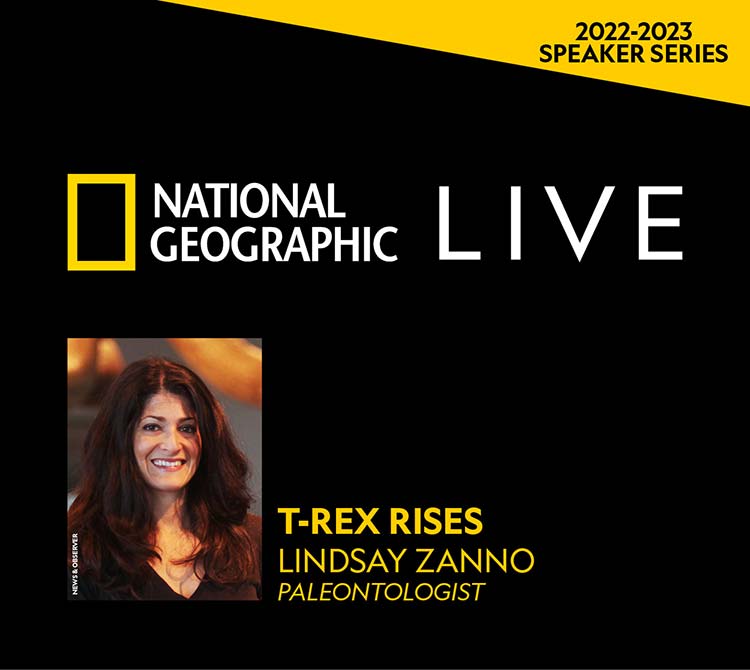 How did T. rex become the iconic apex predator of North America 67 million years ago? Paleontologist Dr. Lindsay Zanno is uncovering the answer. One of the world’s leading experts on the evolution of Cretaceous dinosaurs, she spends several months each year on expedition, scouring the remote badlands of western North America in search of clues. Along the way, she has discovered many new species—including one of the continent's tiniest tyrannosaurs, Moros, which weighed only 170 pounds and stood barely five feet tall, and Siats, one of the largest American megapredators, tipping the scales at over 9,000 pounds.
Dr. Zanno’s work has helped unravel how a cataclysmic climate crisis—marred by stagnant oceans, volcanic eruptions, and flooding continents - reshaped the dinosaurian world, wiping out top predators on land and in the sea. Join her as she unravels how Cretaceous climate change made room for the evolution of Tyrannosaurus rex - the most famous carnivore of all time. 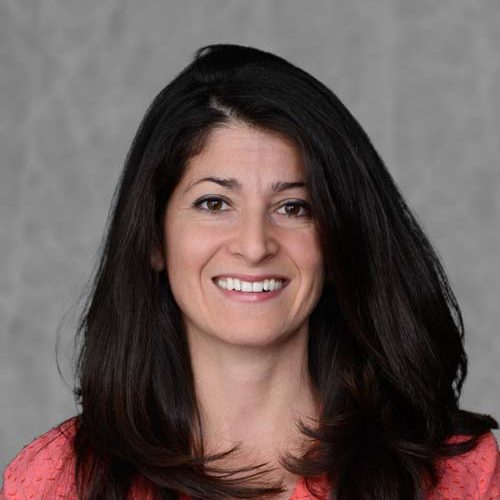 Dr. Lindsay Zanno is Head of Paleontology at the NC Museum of Natural Sciences and an Associate Research Professor in the Department of Biological Sciences at North Carolina State University. She is one of the world’s leading experts on the evolution of theropod dinosaurs—a group that includes the iconic predator T. rex and Velociraptor, as well as living birds. The hunt for new dinosaurs has taken her around the world to places such as China, Mongolia, Thailand, Tanzania, and across the American West, from where she has discovered more than a dozen new species, including the megapredator Siats, and Moros, North America's tiniest tyrannosaur.
Dr. Zanno's research regularly garners worldwide media attention. Her work has been recognized as Nature World News’ Top Dinosaur Stories, Discover Magazine’s top 100 Science Stories, and Discover Magazine’s Year in Science Top Research, and has been featured by notables such as the Science Channel, History Channel, National Geographic, CBC, PBS, NPR, NHK, Nova, and the BBC, among many others. She was recently recognized with the Eighteenth International Award in Palaeontological Research (Paleonturology 20) and received two top 100 author recognitions from Nature Publishing Group.


Dr. Zanno actively works to build transparency in science. She served as Science Advocate for the Walking With Dinosaurs Arena Spectacular, on-air host for The Ice Age Exhibition, and she currently presides over The Jurassic Foundation, a non-profit, grant funding organization supporting dinosaur research around the globe. She also leads several public science projects including the real-time media platform—Expedition Live! connecting the public with paleontologists in the field, and the newly launched Dueling Dinosaurs and Cretaceous Creatures projects.

Dr. Zanno's published impact ranges from top science journals such as Nature to everyday tweets and includes more than 200 technical works and more than a dozen popular publications. To date, her lab has received over $7M in direct funding for research and education.