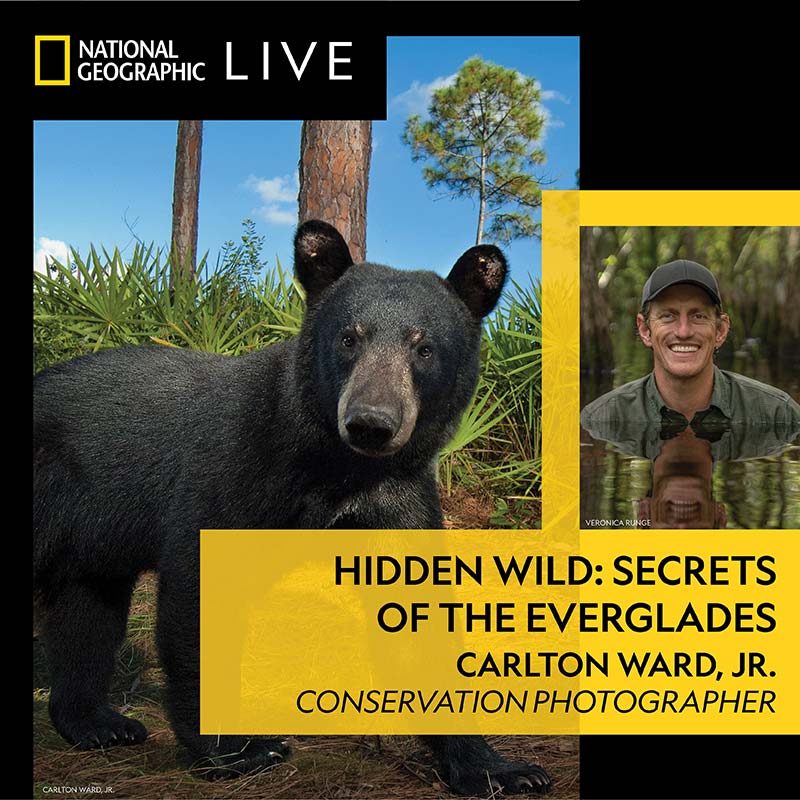 
An eighth-generation Floridian, he is now using his camera to tell the story of a little-known world surviving in the shadows of the beaches and amusement parks that dominate Florida\'s identity. He has trekked more than 2,000 miles on two National Geographic-supported expeditions, fighting to protect an endangered wildlife corridor needed to keep the Everglades connected to the rest of America. Join him to follow the footsteps of bears, panthers, and cowboys while discovering the wonders of a hidden world on the brink of being lost. 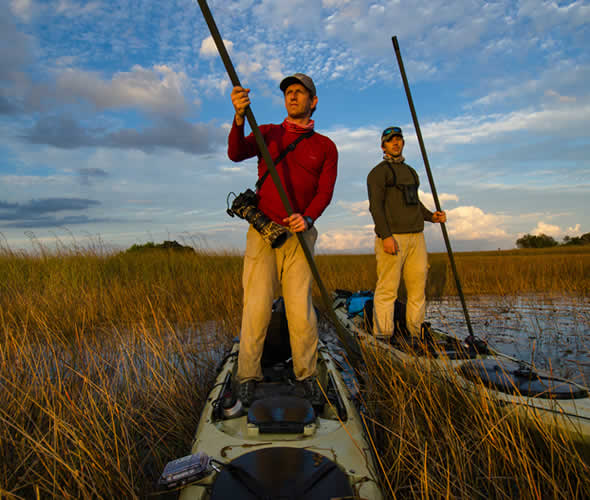 
With fellow explorers Mallory Lykes Dimmitt and Joe Guthrie, he has since trekked more than 2,000 miles through the corridor, during two National Geographic-supported expeditions, to showcase a statewide vision to protect Florida\'s wild places. Both expeditions produced award-winning books, PBS films, and widespread outreach. His current National Geographic project, Path of the Panther, is using sophisticated camera traps and intimate photojournalism to create an unprecedented glimpse into the life of one America\'s most endangered and elusive predators.


Carlton is the author of four books, and his photographs have been published widely, including in National Geographic, Audubon, Smithsonian, and Nature Conservancy magazines. Carlton has received the Conservation Leadership Award from the Fish & Wildlife Foundation of Florida and the Rolex Artist-in-Exploration Award from the Explorers Club.
The Villages® Entertainment is the only authorized ticket seller for The Sharon Performing Arts Center® and is the only group authorized to handle reprints, exchanges, and other ticket-related inquiries. Any other party operating in the sale or procurement of tickets to The Sharon Performing Arts Center® on any website other than www.thesharon.com or www.thevillagesentertainment.com is unauthorized. The Villages® Entertainment cannot guarantee the validity or control the prices of tickets sold by unauthorized re-sellers and such tickets may cost more than tickets sold by The Villages® Entertainment.