Reflejos Flamencos (Flamenco Reflections), the newest production by Flamenco Vivo Carlota Santana, celebrates the fundamental emotions that connect us while honoring the individual human spirit inherent in flamenco. A new work by Jose Maldonado, heralded by The New York Times for his "bursts of brilliance and uncommon invention," explores the notion of personal limits and connections across borders - both literal and figurative. Reflejos Flamencos includes traditional solos highlighting the dancer's virtuosic technique and nuanced improvisation, offering a transformative experience of dance and live music.

Flamenco Vivo Carlota Santana is America's premier Spanish dance company, dedicated to the belief that the universal spirit of flamenco, a multicultural art form, has the power to build bridges between cultures. Our mission is to promote flamenco as a living art form and a vital part of the Hispanic heritage, produce quality dance works, foster cultural connections through our arts education programs and nurture the next generation of artists and educators.

The company tours extensively across the country, and serves New York audiences with an annual home season, supplemented by intensive arts education programs in dozens of public schools each year, and an annual "Flamenco in the Boros" tour which brings free flamenco performances to new audiences around the city. Flamenco Vivo also operates the Center for Flamenco Arts, one of only two New York City dance studios dedicated to the specific requirements of flamenco, and produces the Flamenco Certamen USA, a competition for pre-professional dance artists. In 1996, local arts councils in North Carolina invited Flamenco Vivo to establish a second home in the state, in order to conduct bilingual programming targeted to the state's growing Hispanic cultures. Since that time, we have developed outreach initiatives that have successfully served communities in nearly every part of the state, including many previously unexposed to Hispanic art forms.

True to its founding vision, the Company commissions new repertoire with original choreography and music and has premiered a series of dramatic, cutting edge works. Recent creations include Mujeres Valientes, which explores the fundamental power and courage of two trailblazing Latin American women choreographed by flamenco legend Belén Maya; A Solas, a deep and soulful modern flamenco work created by celebrated artist Ángel Muñoz; Bailes de Ida y Vuelta, a journey through Latin America showing the influence of the Caribbean, Latino and Afro-Latino sounds on Flamenco; and PiCA, a piece exploring Picasso's obsession with death and redemption- a look into his Blue Period and Cubism through flamenco. Each was performed to great acclaim at The Joyce Theater and BAM in New York City and on tour.

The Company's mission of bridging cultures using the spirit of flamenco is achieved through extensive community outreach, enriching arts-in-education programs and powerful performances for diverse audiences. The Company brings intensive curriculum based in-school residency programs to over 2 dozen schools each year in our home bases of NYC and North Carolina, including specialized programs for students with disabilities and English Language Learners.

Carlota Santana and Roberto Lorca co-founded the company in 1983 and following his death from AIDS in 1987, she was determined to continue their work. In the decades since, she has led Flamenco Vivo Carlota Santana to its 35th Anniversary in 2018, performing at such venues as Lincoln Center, The Joyce Theater, The BAM Fisher, The New Victory Theater, Carnegie Music Hall in Pittsburgh, The Society of the Four Arts in Palm Beach, The Van Wezel Performing Arts Center in Sarasota, Florida, Universidad Bucaramanga in Colombia, South America, Palacio de Congresos in Granada, Spain, the Metropolitan Museum of Art, and the Museum of Modern Art among many others. In accordance with the Company's commitment to excellence, Ms. Santana has been deemed "The Keeper of Flamenco" by Dance Magazine in recognition of her commitment to creating new works and developing young artists and choreographers. Ms. Santana has been honored by the Government of Spain with La Cruz de la Orden al Mérito Civil for "all the years of excellence and dedication to the flamenco art." 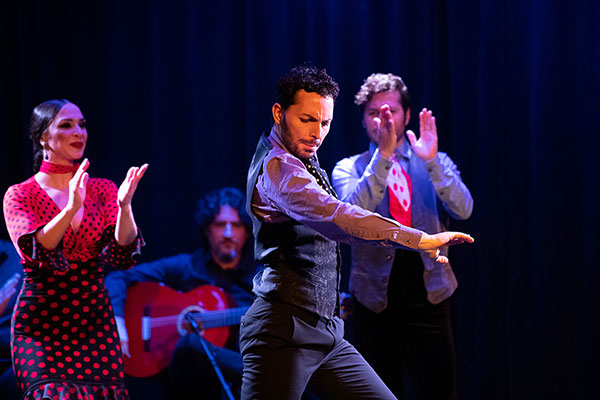 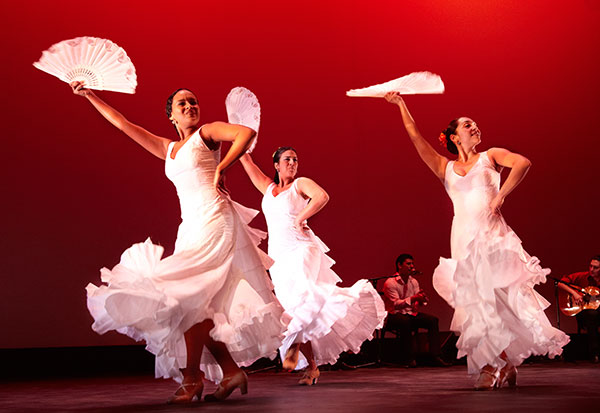 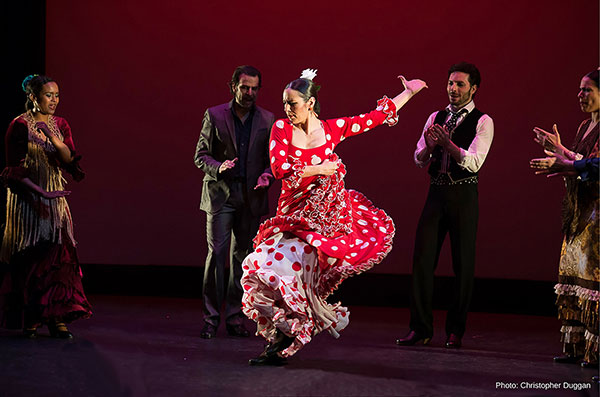 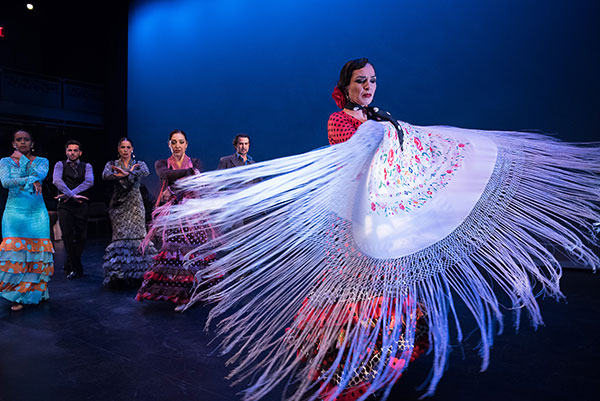